Cylindrical solutions and the ageless gap 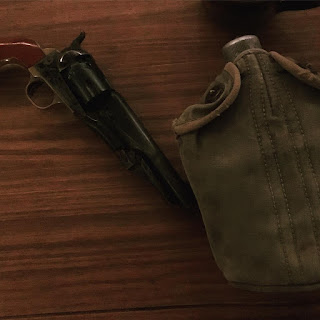 In my late teens I narrowly avoided an assault while out on a solo hike. Being armed on that quiet sun lit day, changed those circumstances . 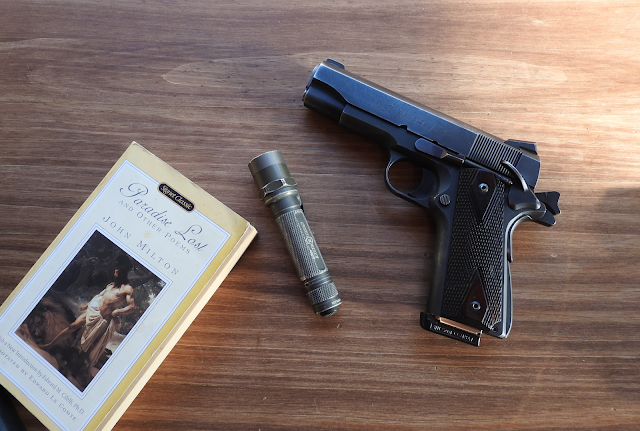 I had concluded in the drive back to the residence that if the "Ninjas in the trees", as one of my instructors had once referred to as imaginary threats, actually decided to attack us this night, we were all dead. I was physically and mentally exhausted.

Finally the black SUV found it's way up the driveway and into the parked position. We often times like to rage against the idea of routine, that it can lead to complacency, which it can least one take their eye off the ball for too long. It can also see you through when you bear the minimum capacity to function. After clearing the house to ensure that anything that went bump in the night was visiting elsewhere, I wondered outside to make sure all lights were lit.

The grounds secured I returned inside to, hopefully, be dismissed for the evening and then sleep. Wonderful, beautiful, the much denied, sleep.

My Principal was standing in the kitchen, the house quiet and dark. We made brief small talk about the weekend and, cut me loose. As I headed for the door he said, "Oh...I have something for you.", I turned around and saw him fishing through his small black bag that lay on the kitchen counter. Handing me a small fold of bills he said "Thanks for the work, thought this might help with that new .45 you were talking about.".

Things, such as that do not happen much in the Executive Protection world. Even with the really good clients, which he was. I was truly grateful, saying as much to him.

Tossing my work bag into the Grand Cherokee's passenger seat I sat there for a couple of minutes, before finally pulling the folded bills from the breast pocket of my shirt.

And then there it was.

Glancing at my watch, I saw that it was going to be a long ten hours before the gunshop opened in the morning. Now how was a guy supposed to sleep with that on his mind.