Stepped off a train 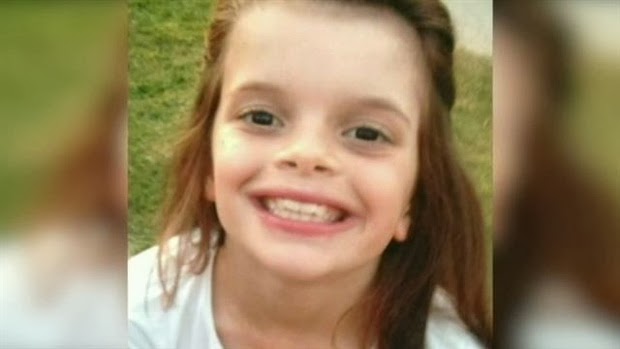 Not all days end well, or for some ever.

Last night, stepping off a train and wrapping up one day's endeavor I was to end up intimately involved in another. Twenty minutes off that Amtrak a colleague and I were in a phone call with a little girl's parents and aunt as they sat some three hours away in a police station, looking for help. Looking for someone to bring their little girl home.

In yesterday's late afternoon a little girl named Hailey Owen, just blocks from her home was snatched off the street and from life by her kidnapper and, ultimately killer.

The Amber Alerts went out as did the BOLOs.

Standing over a phone, talking with her parents I agreed to come down. And in doing so broke one of my rules. I don't break my rules, the real hardline internal ones. I don't break. Last night is a reason why.

I have a lot of scars from doing this job after almost twenty years. Some external, some internal. They are wrapped up in good decisions and bad ones. Victories and losses. But, through it all I have maintained one very solid mandate. Never get involved in any case that leads to finding the body of a child.

It's selfish and unapologetic but, there are somethings that I'd like to, when my time comes to finally lay down to my eternal rest, never see. Perhaps more now than ever as a father. Yet, hearing the family on the other end how do you say no? Because in their minds they are holding out for hope that she is still alive, I should think my colleague was as well.

Yet as I watched the clock make it's final sweep to ten pm, I knew the score.

Ask any doctor, cop, fire fighter...or a fixer like myself, that you have to get pragmatic early on in your career. I've often called it "the coldness". It's how every soldier can cry and kiss his family as he deploys and the moment they are out of sight the job takes over.

"We need to wait till morning." I said.

I know, I know what you are thinking. Twelve hours.

Twelve to fifteen hours is the window.

Of which by the time we would have arrived would have closed. Had we left at that moment, her parents would still be at the police station and, cops hate nothing more than guys like me walking into their wheel house. And I don't blame them one small bit.

To be honest, while law enforcement has some public relations issues they need to get on and fix with how they interact with the citizenry there is still no worst enemy for the bad men of the world than the American Cop when the flag goes up.

But I had said I would go.

So once in the door, after a long ride home in the old 4Runner making a lot of pleas with God and wanting to call in any favors I might have had with Him to let her come home, I went operational. The moleskine was getting bullet pointed with "needs", the bedroll dug out, the Gobag brought down from the closet top.

It didn't matter. I already knew it. I was angry. Just angry.

The phone rang just after 5 this morning. My colleague called to say Hailey's killer, (suspect as everyone else will say) had been arrested but, no body yet recovered.

"There is nothing for us to do. They'll find her within the next couple of hours" I said into the phone. Not alive I couldn't really bring myself to say, so I added "Give the family our condolences".

I grow weary of the bad men of the world killing children. Everyone's politics be damned, I grow tired of the rapist, the killer, the men who commit themselves to sanely devised evil.

Because it is evil and there is evil in this world. It's not one man's perspective over another or another. Some men just want to do evil and they sleep every night free of guilt from it.

And so it is and was with Craig Michael Wood. Child killer. Innocence thief. Destroyer of small worlds and families.

Years back when I started SFIACW it was an outlet for the writer in me who grew weary of a world of bullshit and double talk. It eventually grew less personal and more....XYZ.

So normally this is the part where I say "fight" give the bad men everything you have and leave them on the floor and not you.

But instead I would rather say "do good."

Do good. Because the world is so absent of it at times. You want to be counter cultural? Do good.