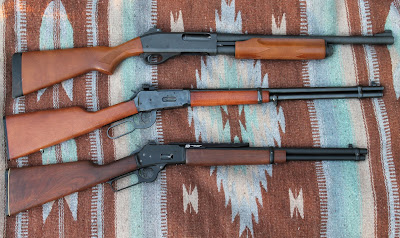 Sometimes in the American gun culture there is this all or nothing idea when it comes to being prepared for bad situations; often ignoring the reality of the middle ground in the realm of day to day preparedness.

On one end there is the OCD end-of-the-world-zombie-apocalypse idea that if you haven't squandered your families earnings on MREs, multiple military grade rifles and hundreds of thousands of rounds of ammo you are, as Chris Rock says, "gonna die".

The flip side of the coin is this weird obsession by the gun market and manufacturers to build uber light weight .380s and 9mms that can only be held onto with two fingers, has a light rail, and no sights (don't want to weigh the gun down you know...'cause there's a light rail).

One could suppose, justly, that my cynicism is leaking through.

Earlier this week I had to escort a client on a protection detail that on a threat assessment chart was medium edging towards high. The information in his care was literally worth millions but, he was basically an unknown player in the world. The problem was further exacerbated by the fact the opposing side knew 60% of the intelligence he was running, coupled with the two hour drive through both urban and rural areas to get there and back.

That morning as I was getting ready to leave The Wife walked past the dining room table were I had laid out all my gear the night before and jokingly said "think you have enough firepower?"

Just like you I'm a private citizen, held to the same rules and the same potential legal problems only coupled with a "for hire" tag. So there is always this fine line of being more than adequately prepared for the worst, while being completely aware if the worst does happen I may be living it out on the national news the next day.

The other half is that I work alone. I do this intentionally because I have trust issues you might say....all for good reasons but, that isn't the point to be made here.

So when I work I carry a lot of hardware....like the other day. Two to three handguns, multiple magazines and a rifle. What you might find ironic is that I heavily avoid a "tacti-cool" image. Nothing I use is less "tactical" looking than my choice of rifle.

Simple and straight I have always preferred the lever action rifle for defensive work in a non-combat theater. And the reasoning goes beyond it's humble appearance.

When we think of a rifle in use for fighting it is easy to imagine the "Super Fight" scenario. Mount an AK or AR to the shoulder it's not unlikely to imagine you against overwhelming odds with hordes of Tangos descending upon you as while ripping through one hi-cap mag to the next, empty and gleaming surplus casings at your feet.

What we rarely consider is a rifle's ability to be concealed.

"Concealed? Surely you jest....why would I need to conceal a rifle?" 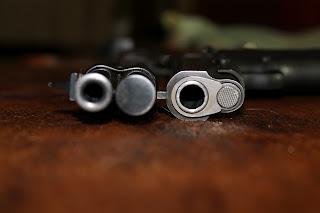 You don't ....if it never gets beyond the range or back of the closet, but to put it in use or rather potential use where the world is NOT ending and the day to day is the norm concealability and discretion are the watchwords of the day.

The charm of the compact lever gun as a working defensive arm lies in it's slim, compact design in contrast to the large profile of an assault rifle (not a pejorative term by the way).

For instance a thirty round magazine in an AK variant makes the overall height measure out to be around 10-11 inches from the bottom of the mag to the top of the receiver and that is with out some type of glass mounted atop or receiver rear sights. The AR and M14 are in a similar situation.  Width is easily around two-three inches and, we haven't even really begun to clamp things onto those wonderful picatinny rails, that even flashlights come with these days. 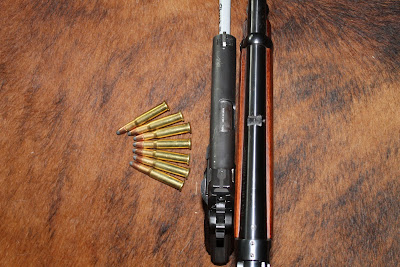 In contrast a lever gun varies between three and a half to four inches in height and an inch and a quarter to and inch and three quarters wide.

So compact that I can often stash one of my lever guns along side the driver or passenger door (i.e. next to where I am seated), under foot of a bench seat, or if no one is seated in the back seat I can slip it to where the back rest joins the seat and lay anything from a blanket or towel over it. The magazine is fully stoked and should the need arise I simply need to yank it from its location and work the lever justly in that process and I am ready to make my stand with a rifle. All of them are fitted with peep sights and shoot inside a playing card at a hundred yards.

"ah yes" you say "but they are very limited in magazine capacity".

No disagreement there but I am supremely confident... just like I was earlier in the week, that seven rounds of .30-30 170grn soft points in my model 94 Winchester will see me through. If they don't I'll reload and keep going.

I see a raised eye brow of doubt.

The most predominant used long arm in civilized countries amongst civilians, including police forces, is the 12 gauge pump shotgun whose tubular magazine capacity varies from five to eight rounds. Few people would consider this inadequate firepower for most any task involving a fight with other humans. And while it enjoys immense popularity its always the least trained with because a scatter-gun doesn't do what a rifle does (or is supposed to) to do...deliver little tiny groups on a target which leads to confidence building in the head of the user.

The other strange irony is contending that seven or eight rounds simply isn't enough ammunition in a rifle should it come to a fight. Yet it would be remiss not to point out that some of the most popular selling handgun choices in the concealed carry market today are single stack magazines that hold between six and nine rounds.

Until I sold it a few years ago I carried a Marlin 1894 in .44 Magnum loaded with 240 grain jacketed hollow points almost everywhere for every job. Today my two primary work rifles here in the U.S. are either a .357 Magnum Marlin or the previously mentioned Model 94 in .30-30.

I value them for their ability in protection work not only for concealability but, also in the event of an ambush that leaves my vehicle disabled I have adequate fire power to make a prolonged stand as need be (I never said I didn't carry more ammo elsewhere in the vehicle) over a range of a few yards to a couple of hundred. Given that most police snipers rarely take a shot over 70 yards and both of my lever guns can put all their rounds into a human head at a hundred I'm not concerned.

There is significant reasoning in the ability to shoot through or into a vehicle at a distance and disable the bad guys on the inside of their vehicle or the vehicle itself some capacity.

Buffalo Bore makes some wonderful dangerous game rounds for both the .30-30 and the .357 magnum (to the point the .357 loads out of a rifle surpass standard .30-30 loads). That allows for a lot of penetration in a civilian shootout.

The third reason I like the lever gun so much for work use....travel.

While there is no law in the U.S. that restricts rifle ownership overall, some states do restrict the type or mag capacity. With any lever gun I can travel wherever need be, and this bodes for outside of the U.S. as well. Where some countries may allow you, in a security role, to bring in a long arm they might not be to keen on the self-loaders or military calibers. But a manually operated firearm chambered in a "hunting caliber" has this cowboy charm to it that has this innocuous way of being presented and dismissed in the same moment.

You might also be surprised as to the amount of lever action rifles still in use all over Central and South America in the hands of the civilian populous...even where they aren't supposed to be.


A couple of years back a friend of mine who is a new gun owner and has just a couple of handguns said he wanted a long gun, "I was thinking a pump shotgun or maybe a rifle but, I don't think I need something...you know...complicated", I told him I thought a Marlin 336 would make a fine choice.

Don't mistake my support of a fixed magazine lever gun as being against the citizenry owning assault rifles. I think as long as the financial means bear it and the Individual so desires it a good high-cap rifle and a stockpile of ammo to feed it, is a good idea to thwart the Huns should it ever come to that. It is just that we are so inundated with a gun culture obsessed with the "tactical entry this" or the "long range sniper that" too such a degree that we often over look simple effectiveness and practicality in the wake of what is en vogue at the moment. 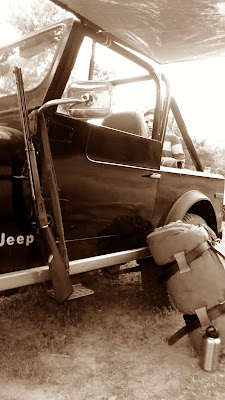