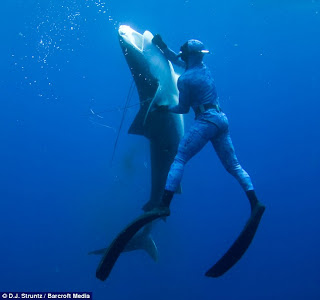 It's odd that man's oldest tool, the knife, is regulated to bastard status in self-defense.It's focus for study is often seen as after the fact, or in addition to. Yet it is the easiest to obtain, to smuggle and in some cases deploy.

As the saying goes "The man with a knife has a chance. The man with no knife has no chance"....and that goes for the ladies as well.

The Dark Arts for Good Guys series is returning with a few articles on edged weapons of all shapes and sizes.
at June 30, 2011

For The Defense: Is self-defense an absolute right? 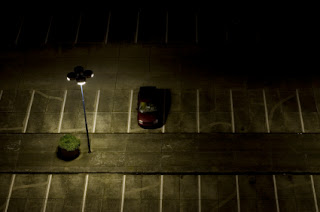 Earlier this week I received a phone call from a colleague asking if I could assist in a legal defense appeal. The Client is doing life+ with no chance of parole for a double homicide/triple shooting....twenty years ago.

My friend had been interviewing his client in the states maximum security prison and recommended that I be brought on (before I even knew about it, so how's that for trust). He was given the green light and we talked as he was on the drive home. Once fee was discussed and agreed upon I made a trip yesterday to request the court record from archives and, had some time to look over it the thousand plus pages this afternoon.

Here is my question for you, for you to stick in the back of your head should you ever get called into jury duty for such a case...and for you to comment on as well. It is this:

Is lethal self-defense an absolute right?

I believe it is. Regardless of your character and though the law actually reads as such it at least in this case didn't seem to care about that. The same circumstances are often brought up in rape cases and if you were to shift the paradigm slightly of "can a prostitute be raped?" that is where this case is at.

Back in the winter of 1990 the Client is in a neighborhood tavern, he begins chatting it up with a young lady and two guys take issue with this at which time a verbal altercation in the bar begins between the three men, but no physical altercation. Finally the bouncer (in my opinion) makes a fateful decision by throwing all three men out together. The Client begins making a B-Line for his vehicle. No talking smack, no "come on fight me" he's leaving.

The Client states at one point on the stand that he is becoming physically exhausted and can not keep up against his attackers who show no sign of stopping and at one point B-I-Q #2 grabs his legs and lifts him. The Client pulls a snub-nosed .38 special fires twice into one B-I-Q and once into the other. Killing them both.

In an odd twist of fate a witness is also shot, not by a stray round, but rather due to a shoot through round (I don't know what ammunition was used at this point and time) that connects with him some distance away. He does survive and what I have learned holds no ill will towards the Client saying he was just trying to survive.

Yet the Prosecutor asks him during the trial "why didn't you just fire a warning shot..you know to scare them?"

The hullabaloo to the jury was that the fight wasn't fair. The two weren't armed and the Client was. No one on the original defense team felt it was imperative to mention how many people are simply and effectively beaten to death every year.

Self-defense, even in the P.C. rampant 90's, doesn't require the capability to read your attackers mind so that you can gain insight into the lethal/non-lethal intent. And in fact he (the Client) met obligations in trying to flee from the altercation by getting to his car before being jumped and attacked.

The Client would tell you he wasn't exactly an upstanding guy back in the day and one could argue that, that's Karma for you. But Karma isn't law. The law makes no moral exceptions for who has the right to self-defense and who doesn't.

Hence the "can a prostitute be raped" question. Of course she can.

Once years ago I was in a pub with some friends. I had just left protecting my Principal (client) and was carrying my pistol (a Kahr K9 if I remember correctly). One guy in our group (not a friend and high on the a-hole quotient) started talking trash with some other guys in the bar. A moment before it went bad he looked over and said to me "you got my back right?"

"Absolutely" then shook my head no to the other guys. He was a problematic personality and wasn't any friend of mine, and frankly not worthy of waiting next to him for bail. On that note he punches (attacks) a guy in the other group and a fight ensues...for him. We stayed out of it. And we were right to.

He assaulted someone and at some point in the ass kicking he got had he pulled a gun and shot his aggressors he would have been in the wrong.Even if he was about to lose consciousness. He was the initial aggressor and attacked, they defended.

What? Really?...I mean what about the whole Dark Arts for Good Guys...leave them dead in the street attitude.

Will Smith has one of my favorite lines of all time in Men In Black that goes "Don't start nothin'. Won't be nothin'."

When he swung first he started it. Words can inflame you, but they can't kill you.

My Client on the other hand weighed in on a heated exchange but tried to avoid a fight which didn't matter because he was pursued and attacked.

No one bothered to ask during the trial what could have happened to him had he NOT had that snub-nose. If they had stomped his head in, broke his back and paralyzed him, or pulled out weapons of their own unseen and unknown of before?

While your character may come under scrutiny during a trial the key element is this regardless of your level of saint or sinner-hood. If you are attacked you have the right to defend yourself by any means necessary to preserve your life. Sadly the court room world thinks we live in the Lone Ranger world where we all have to fight fair. Until someone make an app for reading minds the fighting will remain unfair.

Teddy Roosevelt may have said it best with "Don't hit at all if it is honorably possible to avoid hitting; but never hit soft!"

Needless to say it's going to be an interesting summer.

The short of it goes something like this. One Gurka v thirty Taliban when his check point was over run.And he did so alone for over fifteen minutes.

You have the right to the 4th Amendment.....well you USE to

My good pal told me about Indiana no longer honoring the 4th Amendment last week and it was disturbing enough, and I saw somewhere someone official said "but we won't allow this to be abused."

But I was here when I read the following quote that makes you want to jump on the parapet.

“According to Newton County Sheriff, Don Hartman Sr., random house to house searches are now possible and could be helpful following the Barnes v. STATE of INDIANA Supreme Court ruling issued on May 12th, 2011. When asked three separate times due to the astounding callousness as it relates to trampling the inherent natural rights of Americans, he emphatically indicated that he would use random house to house checks, adding he felt people will welcome random searches if it means capturing a criminal.”

On May 16, 2011, I was contacted by a reporter of an internet radio station.  Her question
concerned a recent Indiana Supreme Court decision, allowing police officers to make random
warrantless searches.  I advised her that I was not clear on that particular ruling; she
then asked how the Sheriff’s Office conducted searches of residences.  I informed her that
searches were only conducted with a warrant, probable cause or when an officer is in hot
pursuit.  When questioned about the Supreme Court ruling, I advised her that as police
officers, we enforce those laws set forth by our legislative branch.  This reporter then
asked about the violation of Constitutional Rights.  This State Supreme Court ruling in my
opinion cannot override our U.S. Constitutional Rights and I’m sure this state ruling will
be revisited.

When I was asked about my thoughts on random searches and how people would react, I gave
her the scenario of looking for a criminal or escapee.  I advised her that if people were aware
of this situation, they would gladly let you search a detached garage, outbuilding, etc., if
it meant keeping them safe, but this would only be after securing permission.

This court ruling is just open for lawsuits if a police officer would attempt a random search
without due cause.  Somewhere in this conversation things were definitely taken out of context.
I'm now quoted as saying the Sheriff's Office will be conducting random house to house searches.

I want the citizens of Newton County to rest assured that no member of the Newton County
Sheriff’s Office will enter the property of another person without first having a warrant or
probable cause to do so.  I strongly stand behind my oath to uphold the Constitution of the
United States of America, as well as that of the State of Indiana.


Regardless the sooner this is challenged the better.
at June 02, 2011