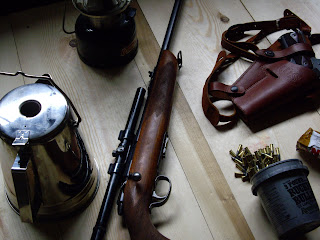 Aldo Leopold once wrote "There are some who can live without wild things and some who can not. Like winds and sunsets, wild things were taken for granted until progress began to do away with them. Now we face the question whether still a higher 'standard of living' is worth its cost in things natural, wild and free."

He was right. In my life there are certain wild places that matter to me and some are more magical than others. In a little pocket deep in the Ozarks Mountains one place is more precious to me than any other.

I can't say its a secret spot really, because others know about it to, but the only time I personally share it is by driving people there myself.

Once upon a time I woke up in what you might call a "transitional" state. I didn't need answers to go off looking for, rather I needed decisions and head clearing. The steady sound of the city bus outside my apartment window only added to the desperate need to breath I guess you could say.

At 2am I was in the shower, by 3am I was on the road and by 5:30 that morning I watched a very warm August Sun rise over the the green hills. Twelve hours later my dinner cooked over an open fire while I swam alone in a clear river. It was a Wednesday in another life.

Last weekend however was this current section in time and me and three very good friends trekked down to my secret spot for a weekend of recreational shooting. Dubbed sometime back in the dark grey days of winter "The Spring Thaw Classic 250" I sat staring at my reloading bench and gun safe and just wanted a couple of basic things. To have a couple of days and nights under the stars, be naturally warm and to just shoot my rifles.

I'm not a complicated man.

Someone...I don't recall who, once wrote that the adventure is in the journey. He was right. As we raced the sun down two lane highway I looked at my Compadre in the seat next to me and said "Yeah we ain't gonna make it before dark." and to be honest I was kinda glad. There is nothing like taking someone back into the hills and off road in the black of night.

If my granddad was telling this he'd tell you how we had to fell trees to clear a path and use the logs for rafts to float the cars on. It be a stretch of the truth, but not a complete fabrication. A small tree was sacrificed to make room for our vehicles, but in this stretch of woods deforestation isn't an issue. The real devastation in this area comes not from the cutting of trees but rather the cutting of tires by high pitched and unmufflered four wheelers whose racing and twisting along the gravel and dirt roads will eventually cause parts of the trail to fail. These are my real enemy in the outdoors.

We discovered a creek that use to be a road was to deep to cross by the use of the latest in five pound rock tossing technology. Observations and decisions were made and thankfully no tow chains were ever deployed (didn't have them anyway) and no oil pan was left behind.

Finally we arrived and began making camp. When you travel in remote areas with good people there are no difficult tasks really because each man pulls his weight and we share the burdens. Understanding that the collection of firewood, the setting up of the tent and the unloading of gear are all purposeful and equal.

And in short order a tent was up, a fire going, bags unrolled, a beers were shared under God's heaven. And when you look into the starry heavens and can see the ever so faint smokiness of the milky way I have to pity the atheist because he was no one to thank.

The next morning the sun came up just as we knew it would. 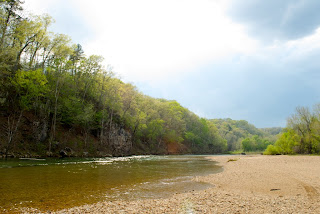 Coffee was made, breakfast consumed, and target stands erected. Soon enough we all were lined in the gravel, wrapped in slings, putting in honest and uninterrupted trigger time.

Shooting was of mixed success in all honesty. My good buddy Lead Chucker had a hard time getting nestled into his 06, while Frenchy sat and levered rounds from his .30-30 down range. Pete finally got to ring out his new 10/22 at a little over 100 yards no less.


For me the new sling for my trusty bolt action 700 bit and chewed into my arm mercilessly, but after a while those 180 grain Ballistic tips over IMR 3031 began to produce MOA groups from a prone position. Leather strapping be damned. I was really happy with that.

Yet for all the rounds of .30 centerfire ammo we fired all weekend. Nothing came close to the fun we all had with the .22LRs that floated around camp.

Some where around 5:00pm we made our way back to camp and stoked up the coals of the fire and began cooking dinner. A dip in the river washed off the grit and dirt from the day and soon enough we sat around camp relaxing and talking with plenty of sun light left in the evening.

As we sat talking I finally asked Lead Chucker if his new Browning .22 pistol was around. And soon enough it was fished out of its rug in a shooting bag and clay birds were set up some thirty yards away.

And until dinner was ready and the sun got too low we all sat there in our camp chairs passing the little .22 pistol back and forth fishing bullets out of a bucket. Not harming anyone.

And I thought "really? There are people who want to ban this? Folks who think this should be outlawed? Really?". But I realized that they don't have good friends, or beautiful rivers, green hills or coffee on a campfire. And they live a life of diminished returns and call it progress.

Later that night I looked into the heavens and gave thanks to God who had stalled and moved the rain clouds off, the same one who carved out this river, the same one who didn't make me a rich man, only wealthy.