Two Presidents, Two women and a .45 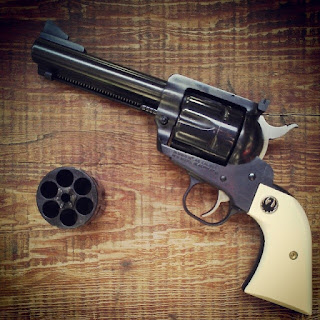 Tonight in a "town hall" meeting President Obama told a woman who survived a rape and was now pro-gun that she may not have been able to use a gun to thwart the assault on her and that it may not really make her any safer.

The real war on women continues as the men of the Left continue to see women as helpless, weak and their role best left to being a victim, while not offering any answers, encouragement nor decisive statement where he could have said "I'm only sorry you didn't shoot the son of a bitch."

Because that is what he should have said.

Yet there was a time when Presidents were different, even before they became President.

On a hot autumn night back in 1933 Melba King was walking to her home in Des Moines, Iowa after being at nursing school when she felt a gun pressed into her back and a man demanding all of her money and one wonders possibly what else.

But it was never to be known, because out of the dark came a voice from above.

"Leave her alone or I'll shoot you right between the shoulders!"

And there, two stories above, leaning out of his apartment window with a .forty-five revolver was a young sports reporter named... Ronald Reagan.

The robber didn't debate, he didn't threaten, he didn't shoot instead he fled back into the night from which he had came. Reagan told the young Ms. King to stay put long enough for him to put on his robe and slippers so he could escort her home...no doubt the .45 concealed in a pocket.

Some fifty years would pass before Reagan would see Ms. King again. In 1984 at a Republican campaign event then Governor Terry Branstad had heard of the story, and invited her to the event where Ronnie was going to be in attendance.

In true Reagan fashion when the story was told, remarked to the crowd "The gun was empty! I didn't have any cartridges! If he hadn't run when I told him to, I was going to have to throw it at him." laughing at himself.
However, when the reporters asked Ms. King for a comment about that night she responded with "And he said 'Leave her alone or I'll shoot you between the shoulders.".

Martin Luther King junior once famously made a remark about not judging someone by the color of their skin but rather the content of their character.

He was of course right.