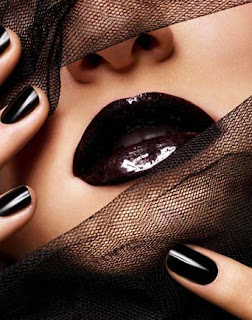 Sometimes being morally right and legal do not coincide. Especially abroad.

Killing in self defense (or in some cases just physically harming the attacker) can find you on the wrong side of the law. And if you are arrested you may be executed (at best) or kept jailed indefinitely (at worst) in a foreign prison. Involved in a post violent conflict over seas can leave you in the sticky spot of either notifying the local constables or getting the hell out of dodge.

It may sound cowardly to up an flee, but you need to weigh your options immediately. I have a standing policy with my clients when traveling abroad that if I become involved in a use-of-lethal-force situation the next stop is the airport in many cases. Yes it can depend on the country, the political climate, witnesses, etc. no doubt. But when you are left standing over one or two dead attackers from a street situation you have to make a judgment call immediately that can in many respects change the course of your life. And the right call can be leaving without dialing the country's equivalent of 9-1-1.

The moral and ethical mindset we are given today has to be re-examined and realistically face doing a potential 180 turn. We are told if we shoot and kill we then call the police. And we understand why. We did the right thing, the law is on our side. That is here at home.

But Gaijin you ain't at home.

Once you make that call to the police and you give your name that's it. You can't undo it. You can flee the immediate area and have a limited amount of time (say 1/2 hour in a major metropolitan area) to make the case that you were over whelmed and in fear for your life. Obviously in a rural area you may have more time. But once your name is in the system and they realize you're a foreigner they are going to want to ask you a few questions. In the modern world you're passport photo is going to go out and your name on the hot list of "please call if found attempting to leave the country".

If they don't have a name or even a decent description you still have some freedom of movement. One option may be to go to the nearest U.S. Embassy, if that is not an option and the country you are visiting has the death penalty head for the French Embassy. The French generally do not hand over people facing potential execution, and there are more than a couple of Americans facing charges here living freely in France.

While bribery can get you out of a lot of bad situations there may come the point where the better use of your money is to try and get yourself smuggled out of country.

It's not easy nor is it cheap. And never discount a country's capabilities in tracking and finding or the technology they use. You may see chickens and vintage Reagan era motorolas being carried around by the Polizea, but get made and you'll be surprised who just had your picture pop up in their e-mail with an "FW" in the subject line.

So if the ticket counter at Aéroport International de Tunis is no longer an option you need to look into transpo via the black market.

Hmmm Fodors and Hidden Planet don't have an index for that you're thinking. No they don't, but the key to proverbial black market is only a phone call away.


Prostitution is the key into the underground market. Where there is prostitution there are drugs and human trafficking. This means smugglers and off the books transportation. It may make your skin crawl just thinking about it, but ultimately it is about how bad you want it. The conceptual steps are simple. They just are not easy.

Remember this isn't about using the drugs, the prostitutes, etc rather you are going to weave through this world to back to yours.

But one has to go about this in a smart fashion of course. For instance we're not talking about street walkers, but rather the upper echelon of call girls and "professional" escorts.

The reason to avoid the street level hooker and her pimp for the initial contact is due to a combination of factors. Sure they have access to people, but everything here is low level. You need to by pass this. Low level criminals are unpredictable and low level organizations may on some level be infiltrated by cops, crooked or undercover (or both). If you are a wanted man (or woman), you may have higher value than they do, so it is quite possible to find that you've been sold out to broker a deal or plea bargain. These are not the best and brightest bulbs in the pack after all.

Go higher and the organization structure is better run and has an over all higher value than you that needs to be protected. Think of it as a mutual draw. You don't really care about their world and they like the color of your money (which you better have plenty of).

The best way is to get into the nicest hotel possible, it doesn't have to be the Corinthia in Budapest but something that a $500-$2,000 an hour escort will show up to. If you're not sure how to go about this (getting the girl) request that the concierge come to your room. If you're in any hotel worth a damn a good concierge is more valuable than a duffel full of hardware, because they have heard it all and their job is to do the impossible. So requesting a contact for an "escort" will be a walk in the park.

If he can not give you a name and number for an agency off the top of his head you either aren't tipping enough....or you aren't tipping enough. He's not a priest he/she is a facilitator who gets things done. More than likely they will say "let me see what I can do" and leave you. Sometime later your phone will ring if he doesn't bring the information to you. In many cases the concierge will pass along your name and room number and the escort service will contact you directly.They will in classic fashion ask what type of girl are you looking for.

Since sex isn't your end goal here it really doesn't matter, but to alleviate suspicion give them particulars. This doesn't mean her waist to chest ratio necessarily. Some professional escorts are quite well educated and charming. Some clients are looking for arm candy others are looking for someone who can be a well spoken "trophy wife for the night" (complete with wedding ring). So pick your flavor. Personally, go for one that is well spoken and educated since you may have some explaining to do.

The thing you have to remember in traversing into such arenas is that no one is your friend here. Never confuse someone who is friendly for someone who is a friend. If they're taking your money this is a business arrangement nothing more. Trust will of course be relative, because at some point if you are doing this right you're gonna go against your mother's advice and get into the car with a stranger.

ummm wow. makes me feel uncomfortable already. Every time I read this blog I feel like lights get turned on into a very common world that most of us have no idea exists.

Seriously this guy needs to talk more about his background at some point.

Uncomfortable? Uncomfortable is sitting on the feces-covered bare dirt floor in an empty cell in B.F.E. I'd rather grease the palm of a greasy pimp than get disappeared by the foreign equivalent of the Only Ones.

Thanks for this first part -I've already picked up a couple of good ideas- but enough with the teases already!

You are badass. Keep it coming!

This still remains one of the best underground blogs going. Whereas some blogs preach "this caliber is the best" or "this technique is a must". There is finally someone who teaches how to "do" and he does it very very well. Kudos.

Yet another good post. Can't wait for the next installment.

Great post. But one question: what should a woman do in this scenario?

I'll be covering that as well in the next installment, because I think it's a very relevant question.

What happened to NPE part II?

Any chance of NPE part 2 getting into print?

What happened to part 2?