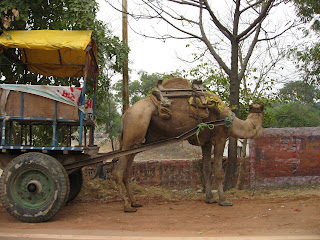 Preface: This series is leading in a direction. Stepping stones so-to-speak. Its ultimately about you having to get yourself (and maybe others) out of a singular bad situation or a situation that is escalating (think traveling abroad and experiencing total social collapse even if its only for a short time).

Bare in mind I said prevail, I never mentioned not being scarred (mentally or physically) from the situation or paying the consequences for your mis-deed regardless of your honorable intention to do nothing more than "Get Home."

But that is what this series is about: Getting Home

Bribery often denotes the thought of cash, and usually lots of it. Traveling with excessive cash can be problematic. For one, there can be the lack of it. Some of my clients could easily get a wire transfer for $100,000.00. I'd have to put my house up for it.

So like always you have to think outside the box. Let's start small and look at what you do have.

Once in Pakistan surrounded by a wide array of AK-47s, AK-74s, Tokarev Machine pistols (and even a Springfield A3-03 ???) my hosts became completely enamored with my ASP airweight baton. I simply had something they didn't. My $65 baton had increased value.

Once while flying out of Guadalajara I got stopped by a Federale at the airport. My sin was trying to board the plane (this was prior to 9/11) with my very new (two weeks) Spyderco Military folder. He looked over the knife and asked what I did for living and I explained and he nodded his head, and said he would need to "detain" me for a bit. He closed the knife and flicked it open again.

And then he made his mistake. He grinned ever so slightly. I knew I had him.

So I very innocently grinned gave two open palms and gestured that he could have it. He nodded and then walked me through security.

Its akin to the mountain man and indians parlaying on a blanket in the Snake River valley in the 1820s.

Minus the gory details I once ended up over 100 miles away from my vehicle on an investigation here in the states. Short on cash and in a small town I needed to get to the train station 30 miles away (sounds like a math question doesn't it). I made my way to the local gas-n-sip for a couple of teenagers with a pickup truck and offered my 1st generation night vision scope ($120) for a ride. I had a long five hour wait at the train station, but I got there thanks to them.

A GPS in Bangalore or a set of Motorola family band walkie-talkies might get you that much needed boat ride up the Usumacinta River .

Where you and I can go on-line and get anything we really want from Brigade Quartermaster or Cabelas...or even Eddy Bauer other people can not. People in developing countries often have resources or resourcefulness but are more usually than not cash poor. Again, even those in official capacities.

Bargain fairly, and don't be insulting. But don't get taken either. You may think he's India's version of a hill-billy but he's probably a shrewed bargainer because he does it daily and you shop at Target with a debit card.

Depending on where you are also spells out the advantages you might have. In hill country where towns let alone cities are miles and miles away, you might trade your GPS for one thing and graciously include the batteries already inside. But those spare quality AAAs in your bag might get you a meal, and the instruction manual is worth something else (you need to read something on the plane anyway).

Seriously batteries in back-water towns around the globe may be around in Hadu's trade hut, but they are not the first class Duracell Extended life ones we generally use.

So the next time your light off for the territory ahead back some "trade" goods. Buy an extra $35 plastic Sure-Fire flashlight (maybe even leave in the package), it may bail you out of that "mistake" or get you a better room.

I'm often reminded of Kevin Costner's character John Dunbar in Dances with Wolves when I come here. In both the book and the movie,...