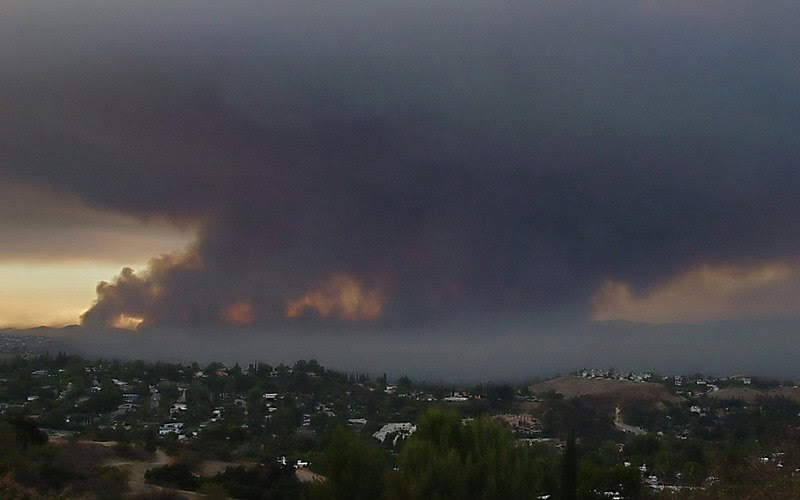 Despite what you may think about evacuating out of a city that has erupted into chaos there is actually a lot of waiting. Hours of it. The world is crashing down. Except where you are. Down the street people just like you are running for their lives while you sit in your room on the sixth floor drinking coffee. Waiting for the right time to bug out.

While thoughts of leaving the room under the cover of darkness hoping to knock someone with a gun in the head with that crowbar may dance in your head, the odds aren't in your favor.

That doesn't mean be idle. When you are outgunned you have to out think them. Thinking tactically is constructive. It keeps your mind from running wild and going into a panic mode. It also gives you a creative outlet to incite fear into your enemy. There comes a point when your defensive thinking has to become offensive thinking. Sometimes that is with a gun, but first and more often its with your head. A defensive mind set tells your soul "just let me live" a mind positioned in offense meets an enemy head on in the fight. That's called strategy.

Even when you are unarmed you can still cause fear in your enemy. In a terrorist attack on the general population everyone is a target. You want to make the bad guys go and attack someone else, either out of fear or from being to difficult to access.

This is what we call hard targeting.

The reality is people are going to die in the chaos from bad men.That is the unfortunate reality of evil. It doesn't really ever change its mind, only direction. You have to change their direction.

Suicide bombers are often portrayed as martyrs for their cause. The bravest of their sect willing to sacrifice their own lives. As a leader you don't send your best and brightest off in a vest full of C4 and ball bearings. Rather (like any cult) you look for the poor, the weak, the outsiders who have no purpose (canon fodder). Telling them that their families will be better off financially and they'll be Valhalla for the sacrifice.

Just to be sure after the vest is strapped on its not uncommon for someone to shoot a needle full of heroin into their arm to keep them calm (and a remote detonator handy in case any thoughts of self preservation kick in).

Self preservation comes from fear and everyone.....everyone experiences fear, self doubt and anxiety. Whether you are just a guy trying to get things done overseas or a Quarterback trying to win the Super Bowl. You focus on the task at hand to get you through and minimize any unnecessary risks that can lead to the getting killed. Regardless of who you are.

Bad guys are no different.

Terrorist as a whole maybe inflicted with bravery for the cause (or the riot) when they are in a pack where they can feed off each other. Isolated most are not brave rugged men, but twenty-somethings (or younger) plagued with doubt and insecurity. That doesn't make them any less dangerous, just unsure of themselves. You have to feed on the insecurity.

You're not trying to get them to flee the city, but you can deter them off your hotel floor and possibly the hotel even if you're not armed.

With the exception of firemen and a few other certifiable crazies who run into buildings to save lives, no one wants to die in a fire. If the un-shaved kid in the ski mask, camo jacket and carrying a banged up assault rifle looks up the stair well or down the hall and thinks the building is on fire, and that the infidels are going to die anyway he's probably not going to see a reason to get trapped in a burning building. In third world countries plenty of people die in building fires and its a terrifying prospect for anyone.

But you don't have to set the building on fire to create smoke. Smoke can be created in pretty substantial amounts from field expedient smoke "bombs" out of ordinary materials found in the hotel, if not your room.

Ammonium nitrate is a white crystalline compound (at room temp) found in fertilizer and explosives. Its also used in Instant Cold Compress/Cold packs you see sitting on the shelf at Wal-greens next to the ace bandages.

The cold pack has granules of Ammonium Nitrate rolling around inside along with a separate small pouch of water. When the ice pack is needed the bag is hit against something hard breaking the water pouch inside. The mixture creates an endothermic reaction (absorbing heat), forcing the packets temperature to fall to around 35 F for 10 to 15 minutes.

The same ammonium nitrate can be used to create a very billowy smoke "bomb".

Cutting open the main bag with out breaking the internal water pouch pour the crystals into a dried ice bucket (or mop bucket from the maintenance room usually located near the elevator).

Next add just enough water to the granules to get them to dissolve into a solution.Once the solution has dissolved take and fold individual pieces of newspaper into squares just big enough to fit the bottom of the bucket. You should be able to soak 3-4 folded sheets easily. Keep adding folded sheets of newspaper until the solution is completely absorbed and your sheets thoroughly soaked. Let the folded pages soak in the bottom of the bucket for ten minutes or so.

Next remove the sheets one at a time and lay them on a hard, flat, dry surface to dry. This will take a while but you can speed the process up by lightly (lightly) using a hair dryer or if the bathroom has a heat light, lay them on the floor with the light on. The sheets will be very fragile when wet so treat them with care.

After they have completely dried you are going to want to fold each page in a one-two inch fold from the top down until you have a kind of flat tube. Do this to each one. In order to keep the tube folded together you can either use tape or string (shoelaces or line from the curtains will work here), tightly together. You want to leave enough paper on the ends that the paper can easily be lit with a light or a match to get it burning/smoking.

Remember the goal here is to start smoke, not fire, so you can put a roll or two (or more if need more smoke) in the now dried ice bucket in the hall or stairwell and light them. Even if the bucket is plastic the burning paper shouldn't melt it (and its the least of your concern anyway), but if you must, put a wet towel under the bucket on the floor.

If your evac is by chopper off the hotel roof let your pilot know that you'll "pop" smoke to ID your position.

Its about using tools in a tool box to win. Winning is getting home. In a dire situation you can obsess over wanting or wishing you could have a gun, but there comes a point where you have to accept that its probably not going to happen. That's not to say give up. Be willing to out think and out move. If your mind can't get passed your finger on an absent trigger then you're no better set to get home than a suicide bomber. Mindset wins the day.

Amazing stuff. It reads like the unofficial guide book for thinking and fighting outside the box.

I think there's a book in you just dying to be written. Thanks again for an excellent post. My teenage son and I are off to Walgreens after lunch to get some supplies.

Brings back memories from my Chemistry classes in College!

Thanks a lot. Now I have to try this.

Thinking outside of the box is great, but doing that and using it is brilliant!

Been following your series. Great information entertainingly written. Will stay tuned for more. Have added your blog to my Google reader.

Thanks to James Rummell at Hell in a Handbasket for linking to you in the first place!

Your comment about the suicide bombers and remote detonators gives me a thought: Maybe the good guys can set up a sanctuary for suicide bombers - someplace that they can go that is shielded from RF, cel phones, etc.

You'd have to advertise it, so that the poor sap in the vest would be able to find it, and it would need to be in locations that were crowded, but not too crowded, so that the handler with the remote detonator wouldn't jump the gun.

There are probably countermeasures for this, but it would add something to the mix, wouldn't it?

Think of the questions that a suicide bomber who got cold feet (and lived) could answer about who, where, how, etc.

Promise them a weekend with a high class hooker, and the virgins in heaven might not be so tempting.

I'm thinking something like an armored, shielded phone booth, safe from ramming attacks and lockable from the inside, that can be removed by a helicopter lift (so it can't be followed). Mr. Coldfeet goes in, locks the door, and calls for help. Then he is extracted, taken to a remote, secure location, the vest comes off, and ta-daa, we have a new intel resource.

The blog was forwarded to me by a pal..I read this and all of July's postings; amzing. Having operated in locations and same job as the author I will tell you it is gospel what he writes. The Improvised Smoke Generator is a new twist to me and a worthy one to remember. All articles are accurate and real.....pay attention to what this man writes he tells the truth for you int'l tourist types and workers it will save your lives!!Keep up the good work.

Thanks again, Matthew. You've just allowed me to combine a survival exercise with a science experiment with my kids!


I actually enjoyed reading through this posting.Many thanks.

Too bad there is not a list of these types of science experiments.