Dark Arts for Good Guys: When No One is Coming 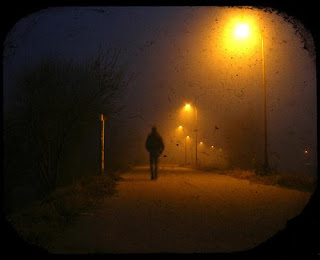 There may come a point when you learn that no one is coming to help. Not from out of or in town. No local security spooks or your mother. Sometimes its because there is no money. It can be as simple as that, sadly enough. Other times (think Katrina) due to weather, communications can break down or can be completely absent.

And there you are.

Being left in the wind can drive you into a panicked state. Or.... it can be liberating.

In a live or die situation there can be an amazing clarity received, burdens that can be lifted, because here there is only one thing. Live.

Mentally, you apply a liberal dose of Rule #25 and you do what it takes to keep it.

So if you're cut off and the Calvary ain't coming then you go to them. That means getting mobile. Sooner or later you're just going to have to, and better to go by your own volition.

While there is never a clear cut answer to anything a mob or civil unrest does to a city, there is one thing you do know. Mobs are made up of individuals who at some point get tired and hungry. The day before they were leading a normal life just like you, so they aren't exactly rested up for the big event. Lulls have to happen at some point. They may not last long or be as quiet as you hoped for, but they will happen (usually a couple of hours before dawn). Don't be disillusioned into thinking that peace is restored its just a gap. And it maybe the gap before the real show starts. Be ready for it, and have your people ready to go.

Tell them to be ready to roll out when you and (a buddy) get back to the hotel.

Where are you going???

Stealing a car is not as difficult as you might think.

Backed into a corner where this becomes the only option to flee from a social meltdown the likely hood is that no one will care...or even notice.But you need to go about it intelligently. While there are several ways to go about hot wiring vehicles the two following are what I know work, thus I pass them along to you....for educational and nuclear meltdown purposes only. I could include a disclaimer here I suppose, but its implied. Besides with roughly over 1.2 million stolen cars (inside the U.S. alone), there aren't any big secrets here.

But understand where you are. Your about to commit grand theft auto so it better really be do or die. Because brother if its not, Bangkok has some real swell shit holes for jails and you can't dance, and you don't speak Thai (or muay either).

Rule 1 in obtaining vehicles without pre-approved permission. Stay away from something that is going to be missed (read:noticed). Trying to make down a muck-racked road with chickens all over in an E-Class gets you noticed (these don't float in lakes by the way). Where as a dented and scratched plain tan '91 Isuzu trooper found all over the world goes less noticed.

Think economy line vehicles (regardless of age). 1992 Cadillac DeVilles had integral key chip technology. So even older cars of luxury class can be a little more difficult to fire up. Base/Entry level vehicles are just that and tend to have fewer security features (if any) on them.

Work trucks, vans, shuttle buses, and taxis tend to be a little more loose in the ignition switch area from constantly being turned on an off. The same holds true for fleet vehicles and rental cars. They also tend to be more reliable than the average beater on the street, because of having in-house mechanics. Not to mention rows and rows of options.

Tow trucks sometimes have a book of master keys inside, not to mention tools, with the only thing separating you is a piece of glass. The nice option about this, is that it enables you to switch (and ditch) vehicles as need be.

Its worth mentioning that if you are moving a large group of people it maybe worth it to steal a shuttle bus or van for a few reasons. One is that it enables you all to stick together. They are also heavy vehicles that have good ramming potential (but a little more prone to being top heavy). Should you get caught by the the local police its a little easier to plead your case that you all are running for your lives (its as good a time as any to let those hysterical people cut loose with the crying too) and trying to get out. Yelling thank you over and over and telling him that he has saved you all doesn't hurt either.

And should it all go south and everyone get thrown in jail at least you won't be lonely.

The Second method is a little more involved, but a cordless drill a few smaller sized bits, a large and medium size flat head screw drivers should get you going.

They idea of forcing a flat head screw driver into the ignition and using it as a key to turn on the car is (allegedly) feasible, however if there are pins in the lock your hand isn't going to generate enough torque to break them and fire it up. In some cases though the cylinder can be popped out using a large flat head and then used to turn over the ignition (specifically a beautiful Black Jeep Cherokee 60th Anniversary Edition stolen on the same day Johnny Cash died, but I've moved on).

So as not to waste time position the drill on the keyhole about 2/3 of the way up and drill in about the length of a key. This destroys any lock pins and makes the key switch able to be turned on and off without a key. If the vehicle has pins in the ignition switch it has 2 sections of pins, followed by a spring, so drill it more than once, removing the drill each time to allow the bits of the lock inside to fall into place. Put the screwdriver in the same way you would a key (it doesn't have to go in deep because the pins are already broken) and turn.

It can also take any where from 1-10 minutes depending on your level of skill and luck. If it's not happening move on to the next vehicle, and then the next till you get one fired up. Once you are moving check the fuel level and if you don't have a full tank get one. Figure out if it takes gasoline or diesel too. If there aren't any petrol stations around you can always siphon gas from another tank (gas theft seems tame at this point doesn't it).

Get back to your people, get them loaded up and head out. Whether its to the border or the airport. Don't move any faster than the situation dictates. If you're fleeing driving fast is understandable, but otherwise keep it business as usual. Driving normal keeps you calm(er) and doesn't draw undesired attention.

When the time comes to ditch your vehicle reconnoiter the area (specifically airports and secured areas) for surveillance cameras. The last thing you want is to have your face matched with a stolen vehicle. Granted if the country has gone south its doubtful anyone is paying attention, but you need to maintain vigilance.

It will keep you sharp, alive and committed to rule # 25.