Dark Arts for Good Guys: Break on Through to the other side

One of the best weapons for getting out of a crisis isn't necessarily a gun. A decent size vehicle, even one that may not run so fantastic has more versatility and overall practical use than a pistol...not that you can't have both of course.

Faced with breaching a road block made from stationary vehicles a car makes a very serviceable battering ram. But like everything, there is a right way and a wrong way. Do it the right way and you not only surprise everyone, but you may also disable a few of the bad guys cars along the way. It just won't won't be in show room condition afterwards.

Do it wrong and you're gonna have a bad case of whiplash from the impact and a bloody nose from the airbag for the next thirty seconds until someone rearranges your school girl beauty with a magazine full of copper. 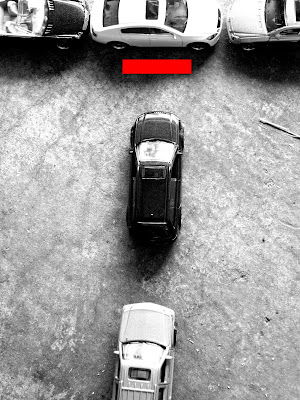 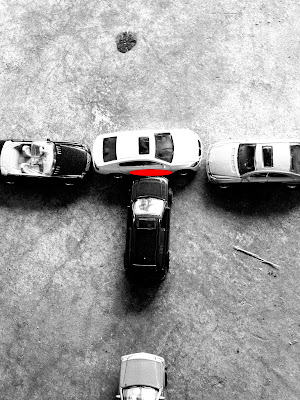 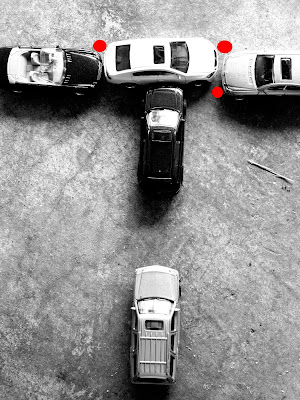 So first things first: Hands on the wheel. Just like the old man said, hands at ten and two or at nine and three.

Should the airbag deploy while you ram through the barricade your hands are going to be knocked away from the steering wheel in approximately 60-80 milliseconds after the first moment of vehicle contact. When your hands are at 10/2 or 9/3 they get knocked back and out of the way, but not into you. This allows you to quickly recover and get back on the wheel.

If you hands are in the 12 O'clock position when the airbag is you're going to break your nose, probably some fingers and maybe your face altogether. Why? Your hand is between the rapidly deploying airbag and your face. And airbags impact with some 200lbs of force, so instead of getting a face full of polyester goodness you get your own fist flying at you like Mike Tyson.

This applies on the beltway just as much as an evac out of Panama.

Ram through a barricade correctly and there is little likelihood that your airbag will actually deploy. Airbags are designed to open in frontal and near-frontal collisions that are of a severe nature. Think striking a parked car of similar size across the full front of each vehicle. 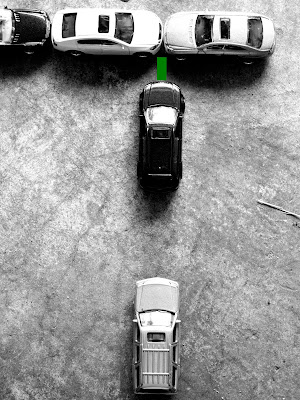 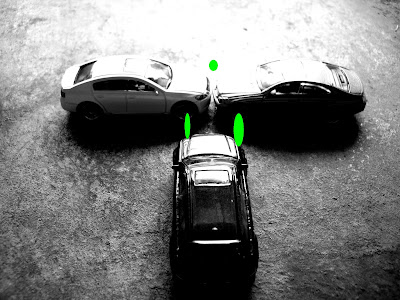 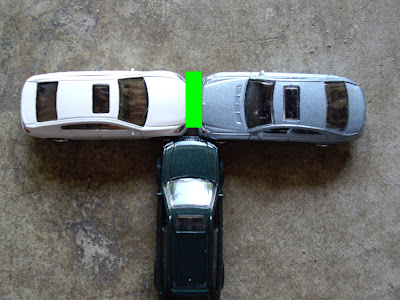 So how fast do you need to be going when you hit the bad guys cars to break through?

Between 35-45 mph is best when you make initial impact. Once you ram keep on the accelerator to force your car through and push the barricading cars to the side.But what keeps the airbags from going off?

If you try to ram the center of a broad sided car for example you displace too much force over too wide an area (essentially fighting the entire weight and body of the other car). This is where the airbag sensors read as you essentially hitting something akin to a brick wall and deploy.

The other car will move, but not out of the way. And along with deploying the airbags, it may also disable your engine temporarily or permanently. Preventing you from getting out of the kill zone and leaving you at its door step.

However you can force barricading vehicles out of your way, you just have to aim for the right targets.

General rule of thumb: Aim your car's headlight for the center of the tire of the car in front of you.

The reason it's unlikely airbags deploy here is because while it may look like you are trying to move two cars out of the way, you are actually only forcing away 1/2 of each car, and thus they are movable.

In most cases the people who set up road blocks are not use to having them breached, so they tend to park cars front to rear. Generally, its the rear of cars that are the lighter half and they will move first and farther out of your way.

As you approach a barricade at around 50 or so feet out brake and drop your speed to around 40 mph but no lower!!! At the moment right before impact floor it and stay on it, even though your mind is going to want to brake at the moment of impact. I can not stress this enough..... Don't!

You need every bit of inertia to force your way through and keep going.

At impact the other cars will start moving out of the way. Since these vehicles are stationary there will be resistance, hence the holding down of the accelerator. Tires are going to be squealing (yours) and metal crunching and grinding (everyones), but they will move out of your way. 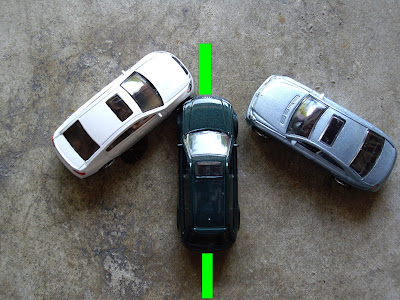 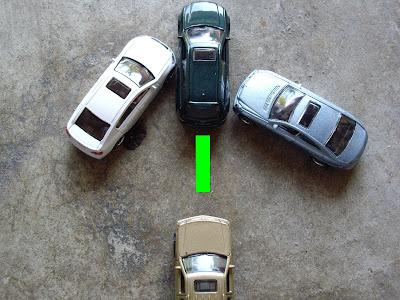 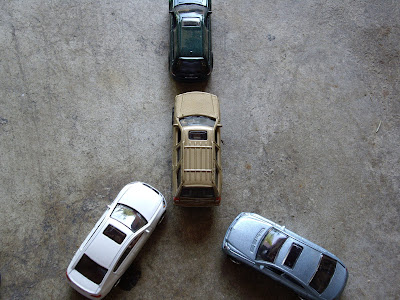 As you force your way through the cars may try to momentarily drag along side. This won't last more than a split second. If you are fortunate and these are the bad guys only vehicles you may luck out and blow out one or two of their tires in the process.

You are creating an open wound the barricade that allows you and anyone else behind you to follow.Push on through and get out of the kill zone.

Your car may cough an sputter but, as long as its moving you keep moving until it quits or you are a safe enough distance away to abandon it.

The key things to remember:
Special thanks to Matchbox for their five pack for $5.00 in making this posting possible.
at August 19, 2009