The Bug Out Bag v The Go Bag (reality, practicality and myth) Part I 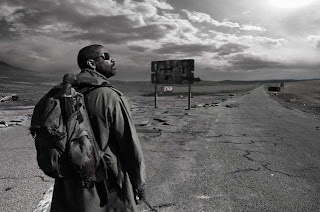 Faced with a half a pot of coffee at 10:30 on a Sunday night and the dire need to finish a case summary of an eight month investigation that is formally being taken over by the Feds; now seemed as good of time as any to blog.

Amongst Internet lore few things spark more debate, discussion and “expert” rambling than the mysterious “Bug Out” or “Go Bag”. Yet lest I split unimportant hairs here, contrary to popular net speak the two bags are not actually one in the same.

The infamous bug out bag is for those situations that have deteriorated due to potential deadly natural disasters or human induced “problems” (like your aerial surveillance plane was shot out of the midnight sky in unfriendly territory and AAA stopped taking your calls over that pesky $55 fee). But if you read many an experts (real and self-titled) opinion of contents it can be somewhat overwhelming and discouraging.

First requirements are fashion (sarcasm) it should be black, coyote, or dark earth in color . Olive drab is sooo pre-Afghanistan (consequently I have bags in all these colors). Second it should have literally the best of everything from a price perspective. From a top of the line M4 with no less than ten mags and ammo to a tactical pistol with six mags, Sure-Fires most expensive and brightest flashlight, spare batteries, and enough food, clothing, and medicine to keep you alive for the next 72 hours.

This goes for every member of the family....yes the dog too.

The problem with this mythic monolith should the feces hit the impeller is that according to the recommended list of contents you realize you need a bug out trunk, not a bag. For a new comer to the area of self-preservation it can all be a bit mind numbing, akin to putting together a tricycle blind folded three hours before sun up on Christmas morning.

But mockery and sarcasm aside, you need to be prepped with a system that is ready. As the Wife, The Dog, and The Mouse have since relocated to Little Farm (still under development) we have seen severe storms come through the area in all kinds of temperatures that by God's grace we have been missed.

A month ago when several tornados ripped through our area, one missing us by 3/4 of a mile, we were again spared but did lose power for ten + hours. I decided to relocate the Wife and Mouse to my folks house for the night a few miles away who still had power, and then come back to watch over the house. Before climbing into the 4Runner to drive them over I put my Remington 870 behind the seat stoked with #1 Buck. Already wearing my .45 she said to me "a little paranoid aren't we?". I explained that she had never seen civility amongst the population break down in the same way I had and if I was being paranoid I'd be wearing a bandoleer of shells.

I say that to say this.

While I don't have any actual bag or bags packed for emergency evac these days like I did when I was single I do have my gear organized and stowed under the basement stairs. My feeling being that this area is tornado and earthquake resistant. It would take a pretty substantial situation for me to feel we need to "bug out". To that end an example would look like a biological or nuclear attack or a substantial natural disaster like Japan 2011 or New Orleans in '05 post Katrina. Something that makes the region either toxic in the health sense or social collapse in epic..epic.. scale.

Despite all of its darkly romantic notions bugging out presents far larger issues than staying put. I have tools, vehicles, defensible structure, multiple firearms, ammunition, reloading capabilities, food, clothing.....resources.I'd much rather stay, live uncomfortable for a time, fight when and if I have to than run-fight-survive.

As we go about structuring Little Farm my concept for this home is that it is also a micro-training facility, an urban farm and a fortified location. Should the need arise that we absolutely must leave we can, but staying is vastly preferred.

Because I've been there. Skulking through the woods at night, leading somebody out of a bad situation with armed men about wanting to kill you. Shivering in the cold with minimal gear with people who also need part of that minimal gear and who are also in a constant state of panic out of said situation. And that is knowing mentally I need to survive this short time frame to get back to civilization.

Fleeing from it into a vast uncertainty, carrying a 70+ pound bag of gear, food and clothing along with several .45s and a rifle, with the Wife, and a kid who still doesn't have teeth, can't walk yet, let alone do any kind of over-watch. It's going to have to be TEOTW literally.

If you entrench yourself behind strong fortifications, you compel the enemy seek a solution elsewhere. - Karl Von Clausewitz

the bug out bag didn't work so well on 9/11 I had to drag that sucker all over North Dallas til I got to my car. But make it I did.

Now it is 2 liters of water, hand gun and 50 rounds small first aid kit. all in a backpack that is a bit more unassuming than the last one I had to use.

I need to be stopping by more often... Funny you should bring it up, but I jst starting to put together a post on BOBs and GBs. My biggest complaint was the amount of gear folks suggested. As you say, how many average everyday people can hump a 70 lbs ruck should they have to motivate out of an area.

You have to be selective, have to have the tools that allow you to survive, and have the skills to do so.

I agree, I also decided on bugging in, besides the points you have posted, I decided to bug in because of the safety net family friends and neighbors would provide, much better chances of surviving if we all stick together than going alone to some unknown place.

With that said, its not a bad idea to have a small GTFO bag just in case I ever have to leave under some unknown circumstances.

By the way, please make sure the house wont collapse on you in case of a tornadoe while you are in the basement

The baby is the biggest concern, same for me, can't bug out with an infant especially if the mother isn't nursing... would need a truck load of infant formula or something...

One of the most common-sense-laden posts on this topic I have ever read. I'm glad I stumbled in here.