How you carry yourself 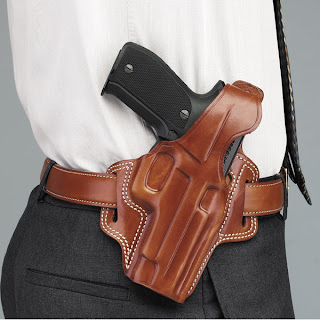 I don't really ever wade into the whole online forum/discussion thing, and it's certainly not because I think I'm too good for it. Mainly it's because I have my opinions, too busy working, thinking about writing one thing or another, trolling gun broker when I have no business doing so or, yaking on IM with this guy.

But I was reading here on the Breda fallacy the other night about how she carried openly (I'm assuming for the first time) and nothing happened. She wasn't looking for a confrontation she just decided to do it locally and no one noticed. What some might call a nice day.

But one individual took some type of offense in some weird way on a forum that she linked to. The quote goes "Yea, there are people that own guns that would NEVER consider OC unless it was some sort of event. These people have not jumped on the band wagon, they think that the sheep will cause a fuss, call the cops or whatever. At least they are aware and maybe they will be active later. I say to them, grow a set".


First realize were all on the same side here. Second this type of attitude is no different than the always annoying Perez Hilton who chases down people who are gay and living quietly and demands that they come out of the closet. All the while playing Montgomery Gentry's "you do your thing I'll do mine".

But I suppose in this day an age it is simply easier to chastise a total stranger than offer an encouragement.

The first time I open carried in a very public fashion that I can recall was at the rip age of 21 with my beautiful Colt Combat Elite. I was visiting my sister who lived in Arizona and we had all stopped in an Applebee's for lunch. As we are seated I notice two guys openly carrying and peacefully eating their lunch. I looked at my old man and said "I'm gonna do it" so I went out to the rental car and buckled up. It was a very exhilarating non-issue. Later on the same trip I went into a super market in Phoenix openly carrying, after I had checked out and was going out the door the manager came over. He was easily a couple of decades older than me and politely said "Sir we don't allow the carrying of firearms in our store", I had missed the sign on the door (these weren't a common thing to look for once upon a time). I apologized profusely and said that it wouldn't happen again. We parted by telling each other to have a nice evening. I remain convinced that he was not apart of a global conspiracy to disarm me.

So all of that to say this.

This whole idea of getting into a verbal confrontation with a street cop and tyelling (yes that's intentional) them about our rights doesn't win any friends and regardless what you think that is exactly what this is about. I agree there are far far far too many law enforcement officers who simply do not know the law and have decided that if they tell you "no" that, that is also law. Our job as pro-gun/pro-carry advocates is to win the hearts and minds.


So make sure that this is really about the cause of open carry and not you being an attention whore. Because if you watch enough of the videos you can tell who is doing it for the right reasons and who was told that weren't funny enough for open mike night or smart enough for the debate club.

If you are really committed to making a public demonstration of openly carrying do it right. Don't be a pussy walking around waiting for some poor beat cop who is having a bad day and now gets to respond to a "gunman" (hey he doesn't know till he gets there). Shine those brass balls up and go to your state capital, find out where your representatives have lunch and quietly go sit down at a table near them and have a good time with your pals, tip well and leave
If you are going out looking to make a statement and have it on youtube. Be smart. A-take a shower B- wear something decent. i.e. look respectable. 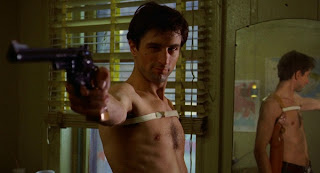 I love my Lynyrd Skynrd t-shirt and having my shirt sleeve rolled up so I can show off my forearm tat. But a button down shirt, a decent pair of dress pants, and a nice leather holster looks like a class act.

Oh I know you're gonna tell me "well I ain't got no extra money to dress up all fancy Mr. Bodyguard.", uh huh. Sure you don't not with that $800 pistol and that $1,000 dollar AR with the extra $700 in accessories hanging on it. So don't act like you made a wrong turn and just came out of the hills with a flintlock. You aren't there by accident you went to make an intentional statement. Do it well.

Well said. The Open Carry bunch has gotten too big for their britches lately and have lost all sense of discretion and judgement.

KS - Not really. As I mentioned to Breda in a private e-mail, I read through (but rarely comment) on the OCDO board nearly every day. As with America in general, there are all kinds there - mainly good folks; those who will help you out, answer questions, and give you support.

And there are a proportionate share of knotheads. As with most knotheads, it's best to give them a knowing glance, and continue on with the adult conversation.

Man with no Name said...

I agree with your intent of looking respectable but I don't think that a button down shirt and dress pants is really required for every time I open carry someplace. But to that end I don't think you were implying each time either.

I saw on one of the forums someone taking him to task on this. I certainly didn't see anything in here that had a bossy tone to it. More you get the response from the one you send out.

I don't get your distinction between the two kinds of cop you mention. If you are to enforce the law, then you are responsible for knowing what it is. Ignorance of the law is not an excuse for either side.
My exercise of any constitutional right is not "bullying" a cop. I have no problem with the idea that a cop must investigate a "person with a gun" report. I have no problem with a few civil questions. I have a problem with any more than that.

So, homeless people shouldn't carry guns because they may not dress well enough for your tastes? I think you are a moron.

I wouldn't worry to much about "concerned willamson's" dumb and obvious remark. It's an intentional spin of your words and he's also rather infamous in Tennessee for having his carry license revoked.

Sir, that is the best advice and summation of the OC/DOC arguments that I have ever seen. I rank it right up with Marko Kloo's "Why The Gun Is Civilization".

Hmmm, preference wise I wouldn't open carry even if the law allowed it. Because if someone wanted me dead then they'll just know I have the means to shoot back and they'll take that into consideration. Will just keep the gun concealed, hope they think I am unarmed and then keep my eyes open.